I know this is a bit early but with the way November has been going for me I thought I would post stitch from stash now.
Start of the month I stitched The rose of Sharon which I'm going to give as a 80th birthday gift next November 2015. Right now I could only stitch a little as I could not get into her. 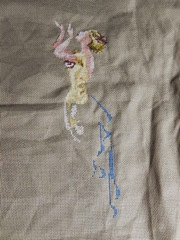 See that's the thing this month I want to stitch but.... I found I just sit there and looked at my stitching not do it.
So next I got out my QS April Fairy and did a little on her 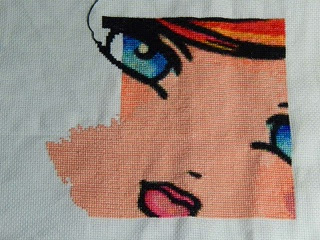 It's not much if you go back to my last post of her.
I thought a new start would help, see I want to stitch I just could not find what.
The new start is Faces Of Faery 164 Which will look like this one day 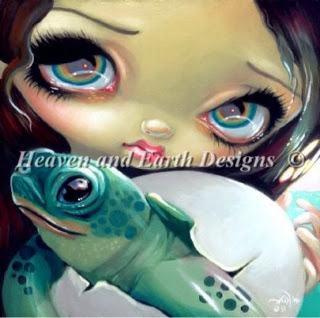 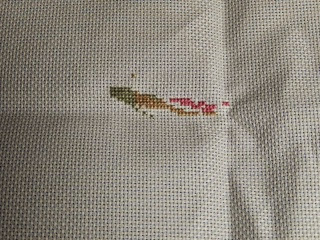 Got out PR Sal and yay I found it, I found the one I want to stitch and not just look at. Happy Dance!!!!
Step 11 is all stitched as of tonight but for the beads. 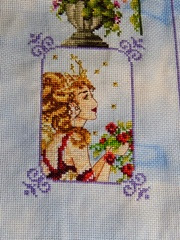 With all this going on I've been playing bubble Witch 2 thinking I need time away from the cross stitch but I kept going back for more. So it's been fun and games. I think I will keep going on the PR Sal, maybe it's because it's like stitching little one's and not one big chart, I don't know.
Last posting I was telling you about my friend who is down on her luck and I was looking for something to stitch her. Well update, I got together pictures of anything and everything I would stitch and got her to pick one out of maybe 20 pictures, showed her the 3 I've shown you and she want for something I never would have picked for her.
Storykeep Seasons Spring

She told me it's calming and looks like it tells a story. I have to say it is pretty. So I will wait until HEAD has a christmas sale on and hope to stitch it next year.
The best thing is she still has no idea why I'm asking her to pick a picture. I've told her she will have to see next year so it will be a true gift that she does not know anything about.
That's it for now If I get another PR Sal box done I will post again or I will just go back to bubble witch 2 which is a very good game. Happy stitching
Posted by Unknown 2 comments:

Hi, I was dusting off some of my cross stitch Saturday that I keep under a desk and I found my very 1st kit that I ever stitched way back. I put it  with a few others that I did around the same time.
I started cross stitching in high school when it was the end of the year, all the school work was done so I had a choice of playing sport (which I hate) or sewing. You can guess what I want for. It was a little christmas tree that I never did get stitched and with only very little time to learn. School holidays in a craft store my mum got me my 1st kit and I was hooked. I have come so far looking back at what I stitched back then. No one in my family or circle of friends stitch. I did try once but it did not go anywhere. 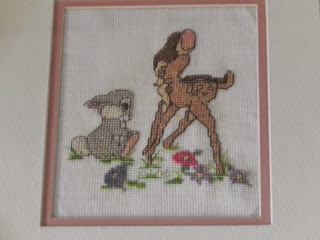 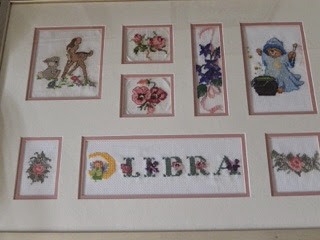 I was dusting because I plan to sell a few and a friend is going to help me do that. I thought I would show you before they leave my house.. or that's my hope. 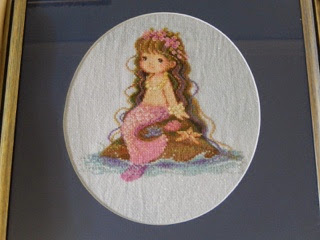 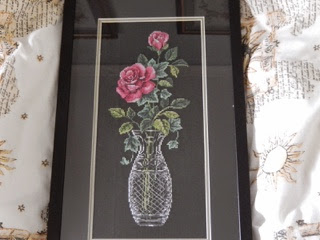 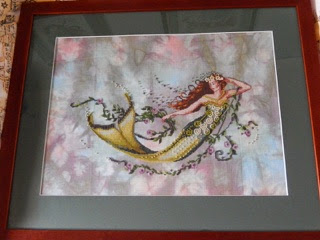 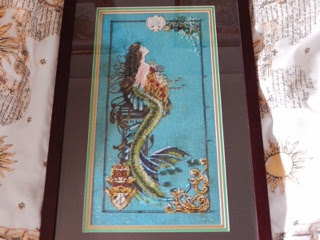 I've been stitching Mini Pirate, I was hoping to stitch the page but I can not look at anymore red and orange. I've been sitting there and just looking at it not stitching. So I've put it away again. 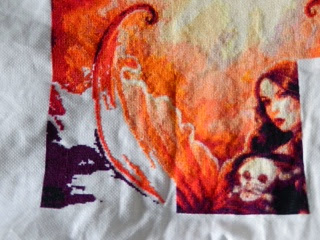 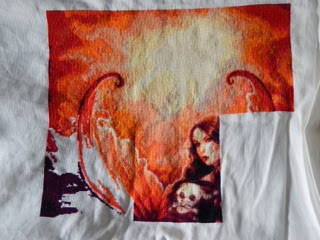 Now I'v got out Rose of sharon and I will take a photo when I do the stitch from stash post.
Oh and what do you all think about this chart from XS Collectibles for my friend. It's full of color, and no I have not got it yet but I'm thinking about it. Be great stitched on black. Tell me what you guys think. 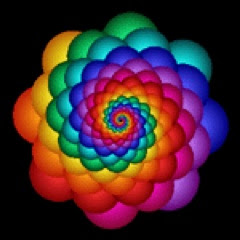 I did not get the name of it opps I don't even know the size my bad....
Happy stitching
Posted by Unknown 4 comments: 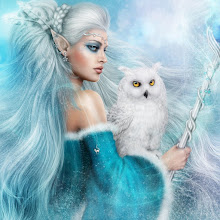